I recently had an unfortunate experience with my bank where money was fraudulently withdrawn from my account. The withdrawer seemed to have quite some knowledge of the system for they withdrew the maximum daily allowable amount just shy of midnight and then withdrew the same maximum just after midnight. Shortly after which they attempted a point of sale transaction. As is the case nowadays, text notifications are sent when transactions are done and so I of course much to my shock and horror saw these on waking up, long after the deed had been done.
I called the emergency line indicated on the transaction texts and as this was about five am in the morning, spoke with a quite a sleepy but extremely helpful technical gentleman.  He did all of the following things: empathized deeply with the situation;  tried to explain what could have happened; asked me if I had collected my new chip and pin ATM card; explained why these are a safer option and urged me to get mine immediately; advised that he is blocking my card so that no further attempts could be made; requested that I go into the bank first thing in the morning and report my case; assisted to locate the  nearest bank branch to me; and commiserated with me on my unfortunate circumstance.
Now………. Ultimately when you look at his response, he didn’t do anything out of the ordinary or out of his job description. The technical functionality of what he was to do was done. However, as a result of the way in which he treated me and handled my case albeit over the telephone, left me feeling immediately better, heard, felt and cared for. He served to reassure me massively and I took down his name. Kennedy. I have written to the bank to commend him.
Fast forward into the morning after I arrived at the nearest bank branch as per Kennedy’s advice. My experience there left me quite frustrated and angry. At the bank I was just ‘another’ customer with ‘another’ problem. No empathy, no commiseration, nothing. I was asked to fill in a form, write a statement and wait for them to investigate. On asking how long this ‘investigation’ would take, I was duly informed in a very cursory manner that it on average takes fourty five working days. It was only upon raising my voice and indicating that asking a customer to wait fourty five working days for an investigation in a case where the customer is sleeping in their bed at night knowing that the money they have deposited in the bank whose responsibility is to safeguard it has disappeared as a result of a security lapse was not in order, did I get attention and was requested to check the following week. I took down the name of the person serving me. Her name was Lillian.
Further fast forward into mid-morning when I had now gone to my specific branch to pick up my chip and pin ATM card, still as per the good Kennedy’s advice. On speaking with the teller and explaining why I didn’t have my old card to exchange to get the new one and that the branch where I had reported requested for a confirmatory call to authorize its release, he was suitably sympathetic. The nice young man behind the counter made my day: he made sympathetic noises; was suitably aghast that not only was it an attempt, but that the perpetrator succeeded in the withdrawal; empathized at how shocked I must have been; worried for me that I had been set back quite some financially; and comforted me that with the new chip and pin the risk was significantly less. He too served to reassure me massively. I took down his name. Samuel. I have also written to the bank to commend him.
My morning’s experiences served to emphasize the need for customer response standardization. I marveled at how within the same institution, Kennedy and Samuel were very customer centric. Although they did nothing to resolve the fact that my money had disappeared from my account, they were so pleasant to deal with, walked in the customer’s shoes and genuinely showed concern for me. Whereas Lillian, their colleague, handled me just like any other customer in her queue or perhaps, just another one of those customers alleging to be a victim of banking fraud……….
In terms of rank and seniority, Kennedy and Samuel were by far less senior than Lillian, but their customer handling skills were by far superior. I wonder if this experience lends itself to the notion that in organizations, the higher one is in the pecking order the less sensitive they are to customer situations? I am very afraid that this may be the norm and not an exception?
I challenge organizations out here, no matter the size or nature, to have a standardized format for customer responses. Customer’s love order and predictability. They do. And what makes a brand formidable, is that customers know what to expect and then proceed to expect it across all customer touch points.
It is my intention to talk to the bank management and take them through my experience from a customer’s stand point emphasizing how in my service failure situation, Kennedy and Samuel, still had me smile and feel cared for. It is my hope that they will use this learning to convert the same cast different script situation into the same script different cast going forward. I hope it is not too much to hope for? 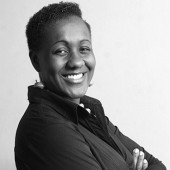